Message from the Acting IG 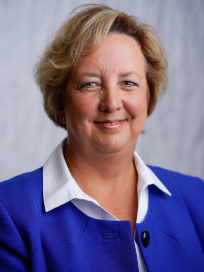 The TVA Office of Inspector General performs a crucial mission by providing independent and objective reporting to the TVA board, the Congress, and other stakeholders. The OIG does this through its audit, evaluation and investigative activities. By statute it is charged with promoting economy and efficiency throughout TVA while preventing and detecting fraud, waste, and abuse affecting TVA. TVA employees, contractors, and the public can help the TVA OIG fulfill its mission and make a difference at TVA by reporting any suspicions about fraud, waste and abuse to the OIG hotline system, known as Empowerline.

The Inspector General is appointed by the President of the United States, with the advice and consent of the U.S. Senate. Simply put, that means the President nominates an IG, and the Senate then either confirms or denies the appointment.

Who sets the conditions of the TVA IG's employment?

Congress sets the conditions of the IG's employment in the IG Act. The act requires the President to appoint IGs without regard to political affiliation and solely on the basis of integrity and demonstrated ability in at least one or more of the following: accounting, auditing, financial analysis, law, management analysis, public administration or investigations. In addition, only the President can remove the IG from office and then must report the reason to both houses of Congress.

Has anyone in TVA management tried to influence or control OIG audits or investigations since you've been IG?

No. Although TVA management can and does request some OIG reviews, the IG has the legal authority to conduct whatever audits or investigations the IG deems are necessary or desirable. TVA can't prevent the IG from conducting any audit or investigation or issuing any subpoena.

Also by law, the OIG has access to all records, reports, audits, reviews, documents, papers, recommendations or other material available to TVA which relate to its programs and operations. TVA management understands OIG's powers and responsibilities and works collaboratively with the OIG.

What influence does TVA have on OIG hiring and pay decisions?

None. The IG Act gives the IG the power to select and employ the officers and employees necessary to carry out IG functions, powers and duties.

No. The Inspector General expresses his views about TVA to Congress, the Presidential Administration and the media as he deems appropriate. TVA has no control or oversight over those communications. By the same token, we value cooperation with the TVA Board and TVA management, and we solicit their views about a number of subjects from time to time. Ultimately, we make our own decisions independent of TVA management or the Board about how we communicate the results of our work. We currently enjoy a healthy level of mutual respect.

Congress requires us to file written reports with appropriate Congressional committees twice a year. These reports must include, among other things, descriptions of significant problems, abuses and deficiencies relating to the administration of programs and operations at TVA, as well as descriptions and the status of OIG recommendations. If TVA management has agreed to make changes but does not do so, we report that to Congress as well.

How has OIG demonstrated its independence from TVA management?

Through our work. Our audits, evaluations and investigations speak for themselves. In our reports, we routinely identify areas of needed improvement in TVA programs and operations, and we make many of our audits and evaluations publicly available by putting them on our Web site.

If you see something that doesn't look right, say something. By doing so, you help the OIG stop fraud, waste, and abuse in its tracks! Anonymous & Confidential. The EMPOWERLINE® is a safe outlet for reporting and is available 24/7.